Welcome to Redefining Myself!

My inward journey to living a mindful and quality life

while living with NP-SLE, RRMS and CIDP

and their overlapping accessories.

Slapping the face of many things demyelinating.

I'm a NP-SLE and MS patient advocate that networks with other Lupus and MS patient advocates with the commonality of raising public awareness and most importantly, to inspire, educate and empower other patients.
I know that my life and body are not the same, but all of it has been worth it, as it enables me to help others. Inwardly, I am sustained by a spirit of determination and courage that I have been so blessed to have received by the living and breathing examples of other patients.

"Broken people being made strong at their broken places"
~  Mr. Ernest Hemingway 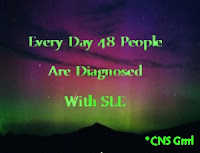 I am a Massachusetts transplant residing in N. California. I have over twenty-five years of community service work for various non-profit groups and was a small business owner from 1992-2009.  I am also a HELLP Syndrome and eclampsia survivor, who narrowly escaped death in 2000, from near kidney and liver failure and ITP.  I was diagnosed in October 2005 with MCTD (overlapping SLE, RA, Raynauds and Sjogrens). In December 2009 I was diagnosed with multiple sclerosis. In June 2011 I was diagnosed with chronic inflammatory demyelinating polyneuritis. 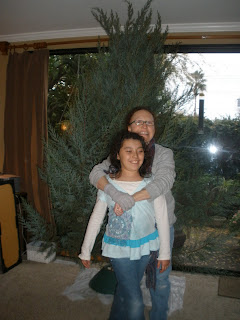 I have served on the Lupus MCTD Foundation board of directors since 2007, both as administrative assistant to owner/founder Kathy A. Patterson-Walters and as the editor of the Howl Knights Newsletter.

I am a poet and an essayist who uses my experiences to help others.


My health problems from severe degenerative central nervous system (i.e. brain and spinal cord) involvement have forced me on to disability.

"Everyone wants endurance, but few want to endure."

I am the mother to a thriving twelve-year-old daughter. My daughter and I share our home with two feline family members, Lala and Chancleta and the GSD pup, Stormy Mayhem . I love to garden. I am ethnically mixed, of Slavic descent and a member of the Turtle clan, Mohawk Nation. 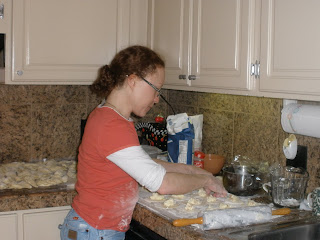 Pierogi making Mama, December 2009 BEFORE the evil iv steroids of 2010

My daughter is the dawn song and the dawn light in my life.
In her I see immense possibility and a radiant inner Light.
She is affectionately known to my best friend and I, as Petite Kathleen Hannah girl.
She's a phenomenal artist and a budding writer. She has now entered the awkward preteen
stage of life. 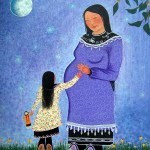 I love my family.

My friends are my family of choice and are my columns of spiritual strength.

I love my Quincy Wives, Judy and Princess Jenn & The Other's.

Thanks be to God (Niewen: gowa)

for it is only through Him 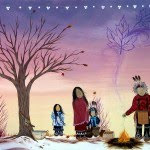 that I live, move and have my being.

Redefining Myself complies with the HONcode standard for trustworthy health information:
verify here.

Redefining Myself is Funded Solely by its author, Kim Nault

This site is advertisement free. No entity or outside sources fund this site. The listed banners and website links posted here are Friendly Links of this site.

100% of Donations go into Research

Copiers Will Be Publicly Flogged

This site is dedicated to helping people become proactive and empowered patients!

Redefining Myself is Advertisement Free

Redefining Myself is a patient run site and does not host or receive funding from advertising.

Redefining Myself is advocacy in PJ's with an attitude!